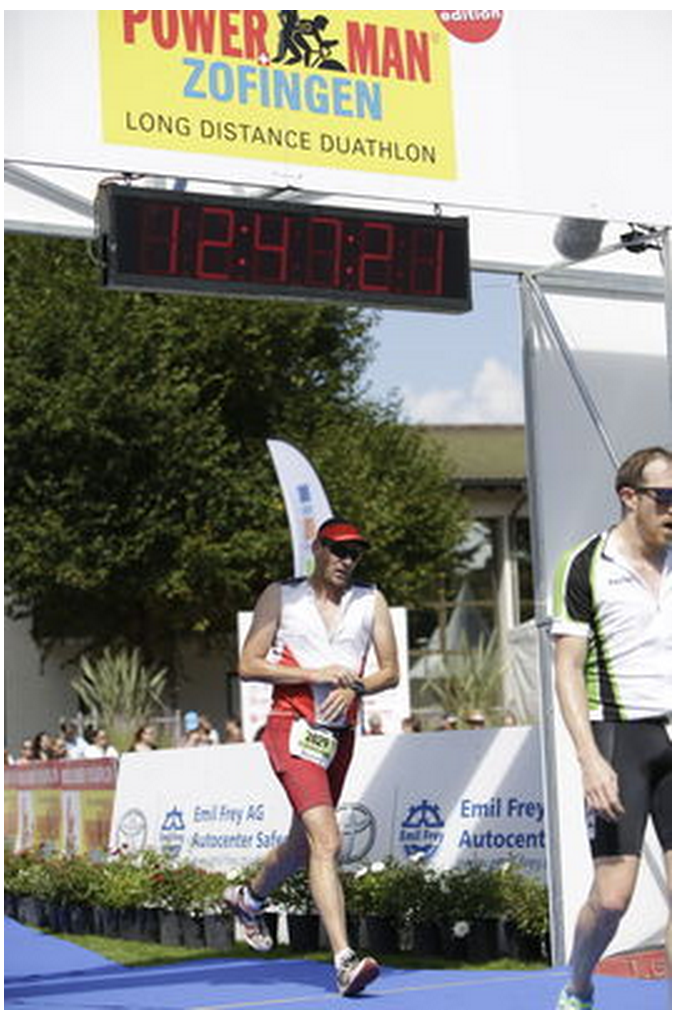 My first ever duathlon and I loved every minute of it. Well almost. I heard horrendous stories about the weather, but, apart from the wind, we had perfect conditions: sun and 27 degrees.

The first run was a 2 lap course that started on an uphill stretch, which kept getting significantly steeper after a few minutes. I had no idea about pacing, so took it rather easy. The second lap felt a little faster, but my legs were like jelly when I got into T1. The distance was about 800m short, which suited me quite well...

Transition in a duathlon is straightforward and the first 10k on the bike were ok; just the legs felt a bit dodgy. The first climb wasn't too bad, but I almost got caught out on the descent at over 70km/h. Probably the closest I have come to a crash in a race... The second climb was the toughest, but by then my legs had recovered from the run, so I felt quite strong, even on the 16% uphill part.

When I ran through T2, I realised that my legs were a mess. What followed was a hellish 2.5k uphill (including some walking) and a ferocious 2.5k downhill. More than happy with a sub 3 hour finish!

We then watched the long distance race world championship - now that is serious stuff. This was a great little event - if at all possible I will be entering another Powerman in 2015!
Posted by Isotonic Turtle